Europol has just published a ‘Situation Report on Payment Card Fraud in the European Union’ to coincide with the launch of the European Cyber Crime Centre (EC3).  The report which covers 2012, highlights that although overall EU payment card fraud has fallen due to the introduction of EMV (Chip and PIN), whilst the number of payment cards (debit and credit) has risen to over 726 million, international losses (fraud losses outside the EU) continue to rise - and mainly in the USA.  The report states that European Organised Crime Groups (OCGs) are making around 1.5 billion euros annually from payment card fraud.

To counter this Europol recommends that the EU take urgent measures to promote the EMV standard as a global solution against the counterfeiting of payment cards. Acknowledging the issues that relate to this, and the amount of time that would be required to implement EMV globally, the reports endorses geo-blocking as a temporary solution - this is the blocking of overseas transactions for EU-issued cards, unless they have been activated in advance. Belgium is cited as ‘best practice’ for this, where the successful introduction of geo-blocking has seen significant falls in skimming incidents and losses. 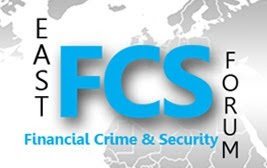 A presentation on geo-blocking in Belgium will be made by Atos Worldline and KBC Bank at the EAST Financial Crime and Security (FCS) Forum on 13/14 June 2013, and Europol will present on the benefits of international cooperation.